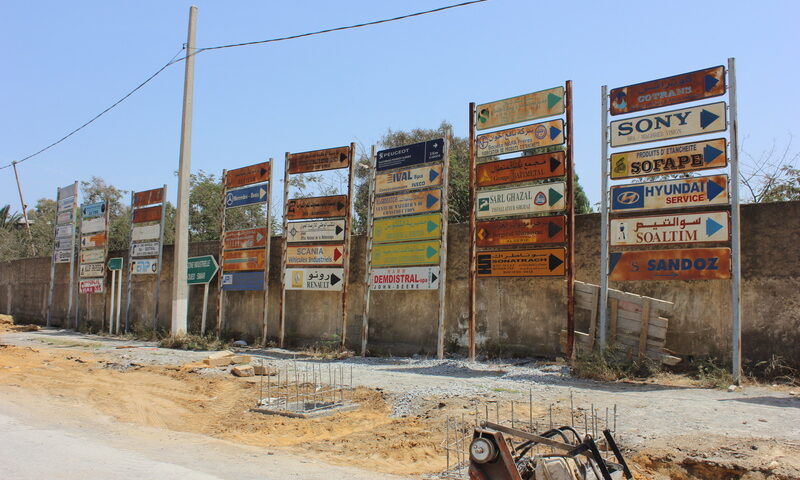 In the face of each serious crisis of the failed economic system, Algeria once again brings out the ghosts that hinder its development: bureaucracy, the immobility of the financial system, the public ownership of land (“foncier”), eternally loss-making public enterprises, changing regulation, legal uncertainty, …. In short, intervention in the economy, with its tics and the result of inefficiency, blockade and corruption.

On this occasion, it turns to the effect of public ownership of land, the “foncier de l’état”, which weighs down industrial projects, (also agricultural and real estate),plunged into  Kafkaesque bureaucratic labyrinths, often subjected to corruption, of which the Algerian courts give full account in countless cases open to “businessmen” and “politicians”,and thisis, paradoxically, one of the causes of the blockade: the fear of many public officials to resolve files that can take them to court.

Today the press (Le Quotidien d’Oran) echoes statements by the Minister of Industry, M. ZEGHDAR Ahmed, calling on the directors of wilaya to “accompany investments and entrepreneurs by reducing the difficulties they encounter in their projects”, in an official note from the ministry.

The “ambitious project” of equipment of 42 industrial parks launched by the government of  Sellal (today condemned by the justice) in 2014, in a grotesque public tender that was “reconvened” after the award and launched in 2015, through the National Agency for Intermediation and Regulation “Foncière”(ANIREF), suffered innumerable delays and modifications that ended in the abandonment of most projects, the reduction of many others and the exit of the public entity of the few that remained in operation, passing to the wilayas, another fiasco,before which thebombastic statements of the government turn, but the solutions to a chronic problem that is of conception and not of management are lacking.

The government announces today the “review of the device linked to the “foncier” … “in a single specialized agency (an agency present at regional and local level)” ….. a new occurrence?