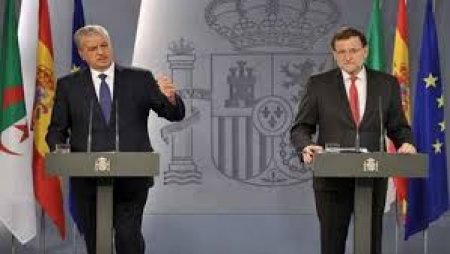 On 29 November 2012 it was held in Madrid, organized by ICEX, CEOE and the Arab House by Spain and by the Embassy of Algeria in Spain, the Spain-Algeria Economic Forum, Investment Opportunities in Algeria.

The event, inaugurated by the Minister of Industry, Mr. José Manuel Soria, was attended by the Secretaries of State for Trade (Jaime García-Legaz) and Foreign Affairs (Gonzalo de Benito Secades), as well as the Director General of the Arab House, the Chairman of the International Relations Commission of CEOE, and during it was presented the new Economic and Commercial Advisor of the Embassy of Spain in Algeria , Mr. Fernando Lanzas.

The Algerian delegation, headed by The Minister of Industry, M. Chérif Rahmani and the Ambassador of Algeria to Spain, M. Mohammed Haneche, had a large representation 31 senior positions of different public bodies and companies:

The interventions by Algeria opened them in Minister of Industry, who made an exhaustive review of the business opportunities offered by the Algerian market, a net importer of all kinds of goods and services. The following stakeholders focused these opportunities on the sectors of:

The following stakeholders abounded on these occasions, without affecting the inconveniences that current legislation poses for foreign investors, in particular the legal insecurity created by the 49/51 rule, trade transactions and administrative inefficiency.

These issues were settled by a comment by the Head of Division of Industrial Development Plans, who stated that “the 49/51 standard is not a problem for large industrial groups”.

For his part, the President of the Entrepreneurs Forum said that “Algeria does not need financial financing from abroad, what they want is “knowhow” input, business organization techniques and access to foreign markets that Spanish companies have…”.

In response to the opening address of the Algerian Minister of Industry, The Minister of Industry Mr Soria in a brief speech summed up the situation in an obvious sentence: “Employers do not need to be told what to do, they know their work; it is for the administrations to establish clear rules of the game and to create the legal certainty environment that allows the normal and free development of their activities’.