On 24 November 2010, the official opening ceremony of the CLE INTERNTIONAL facilities in Algiers took place. Located in the area of economic expansion, to the east of the city, nextto the airportand the ede of international fairs, they are constituted by a building of three floors, equipped with offices, boardroom and reception areas.

At the opening ceremony, it began at 19:00 hours with the words of welcome of José Gabriel Carrillo and Eduardo González Ruiz; Councillor Marín then welcomed the new company to support internationalization initiatives in Algeria, highlighting the Collaboration Convention signed by CLE INTERNATIONAL and THE CAMARA DE COMERCIO as part of the policy of the regional administration’s strong support for «global internationalization», which involves all productive forces , Company, University and Research, in a global offer of quality and innovation.

Mr Carbajosa highlighted in his speech the good relations between Spain and Algeria, as well as the numerous opportunities offered for the Spanish business entrepreneur in the Algerian market. 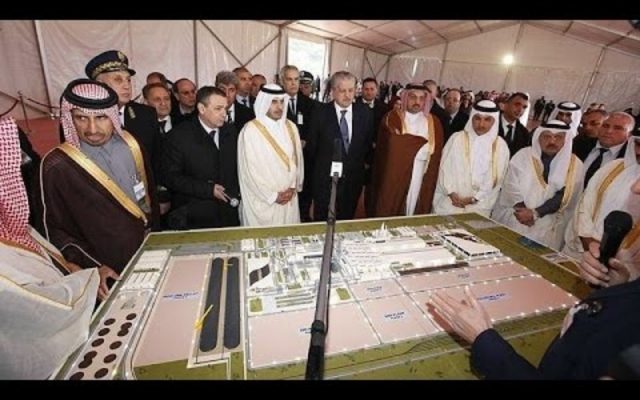